Formula for success: under promise and over deliver.

Certainly not hard to understand how this might be a pretty good strategy to build satisfaction and loyalty.

Which is probably why Mr. Peters’ formula for success involves two variables, and not just one.

Exceeding expectations by delivering more than promised is apparently not enough on its own.

We need to manage expectations.  Under promising.

Is this a good thing?

It’s not hard to see that this can set up an unsustainable vicious cycle.

Some would advise an honest and transparent approach.  Make your best estimate, and deliver on that estimate.  Don’t low ball, and don’t resort to herculean efforts to deliver above and beyond.

Honest is hard to argue with!  But it’s often not a matter of honesty; it is more a matter of accuracy.  It is often very difficult to provide a spot on estimate, given complexities, interdependencies, and complications…

Others advise to try and not promise at all.  In this approach, your commitments are soft, tentative; they sound something like “if all goes well I can come in on that lower cost estimate” or “I’ll do my very best to complete the project by next Monday.”

I don’t deny that there’s some risk in managing expectations by under promising.

But there’s a mutual benefit to pairing under promising with over delivering, and the win-win is really substantial.

Consistently over delivering — exceeding expectations — establishes trust and confidence.  It establishes credibility.  It squeezes out concerns about not delivering as promised.

It squeezes out the doubt.

With no doubt, there’s only confidence.

Consistently over delivering translates into a confidence that approaches certainty.

What is promised will be delivered; I am sure of it; he has always over delivered!

Certainty is priceless.  It is differentiating.  It is a competitive advantage that is not easily matched.  It is incredible. 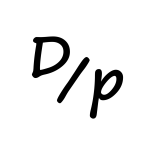 So, while we should certainly heed the risk the others see, I say go for it.

Under promise; over deliver.

Squeeze out the doubt.

1 thought on “Squeeze Out the Doubt”