“You don’t manage people; you manage things.  You lead people.”

A while back I recall being on a regional conference call with the VP, his regional staff, and his district directors.  The topic of the day was how to increase the productivity of the delivery drivers.  The region’s labor costs were over budget, and driver wages were the lion’s share of the variable expenses.  So they needed to get faster…

I was getting increasingly frustrated with the conversation.  I was hearing nothing but quick fixes; I now call them fixes that fail because they ultimately make things worse after making things temporarily better.  I kept hearing these simplistic directives that implied a measure of control that was, well, in my calculus, ridiculous.

I remember thinking to myself if they have such control, why are we having this conversation?  If they are in control, end of story, no?  Just tell them to work faster, no?

I think I said something to this effect on the call.  But it’s possible my memory is playing tricks on me.

Performance management is a non sequitur. 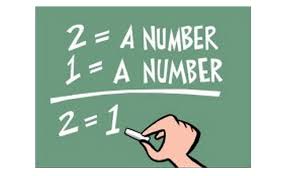 The origin of non sequitur, from latin, translates “it does not follow.”  When I hear management being practiced in terms of control and authority, coercion and force, I cringe.

People, unlike things, feel and think!

And, ultimately, they choose.

Management control is a myth.

When managed, people will — at best — comply.  Which means they are simply making the choice to accept your authority, and they are choosing to behave within the lines that you have drawn.

Leaders manage things; and they lead people by influencing.

Influencing requires an understanding that control is a myth.  It requires an awareness that people have choices and make choices.  Influencing also requires leaders to trust that their people really do have the capacity to engage and make the choices that are necessary for the high functioning of the organization in its pursuit of its mission.

For now, let’s grossly summarize leading as providing a meaningful business aspiration; communicating clear and timely information regarding the who/what /when/where/how, involving them when problem solving and implementing change, and supporting them with sufficient tools, technologies, and other resources.

That conference call ended as most do; action items with little leverage.  But the VP was slowly clarifying his philosophy.  It was a work-in-progress for sure, especially in terms of its execution, but I remember its five parts distinctly —